From Traditional Highlife to Cosmic-Funk: Ghana’s Rich History of Music 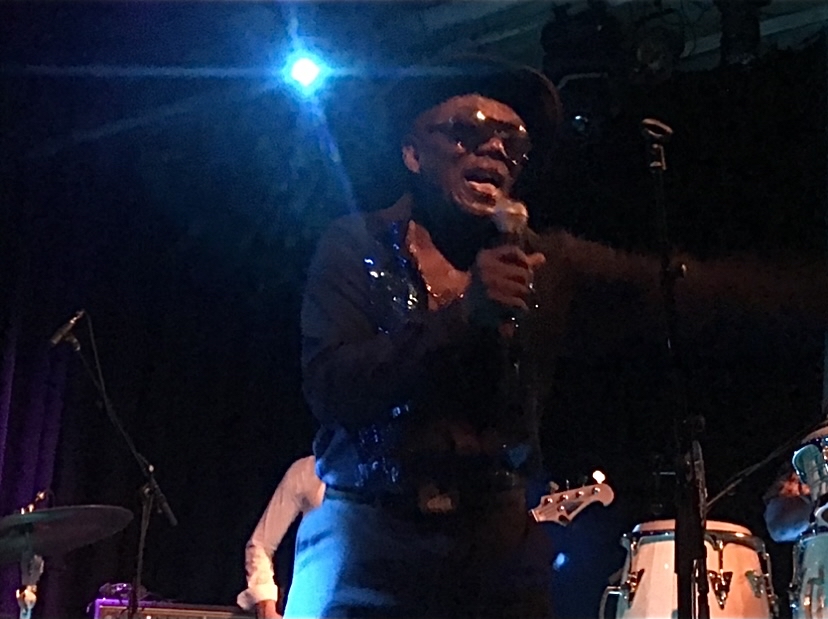 In post-colonial Ghana, music flooded across towns and cities like a tsunami. New genres developed and took the country’s airwaves by storm. The most popular of these genres was highlife – a genre that fused palm-wine guitar music developed in Liberia, with brass band marching music and vocal styles such as ashiko and osibisaaba. The music was upbeat, played in a major key indicating the influence of British music played in the country during colonial times.
Western music was also popular with R&B, rock and roll and soul being enjoyed by many music fans across the country. James Brown was a Ghanaian favourite, his music resonating with the population. Brown’s song ‘Say It loud – I’m Black and I’m Proud’ spoke to citizens of a country now free from its colonial rulers, with his own vocals being comparable to those heard in the Sahel region. The Sahel influence can also be heard in Orchestre Poly-Rhythmo de Cotonou’s track “Houzou Houzou Wa”.

In the underground music scene of Ghana, something new was brewing. A young man, Rob Reindorf was creating his cosmic-funk sounds. Born in Accra in 1947 and brought up in Cotonou, Benin, Rob studied music at school, where he learned to play piano. He enjoyed Western music such as Otis Redding and Wilson Pickett, as well as local bands from Benin’s music scene including Black Santiago and Orchestre Poly-Rhythmo de Cotonou.

At 28, Rob returned to Ghana and travelled to Takoradi in the west where he approached a military band named Mag-2, who were enticed by his cosmic-funk sounds. With Mag-2, Rob recorded his first two albums: his self-titled debut and sophomore ‘Funky Rob Way’, released a year apart in 1977 and 1978.
Rob was never one to perform live, although he would often attend concerts of local dance bands prior to releasing his debut album. He claims to have only ever played one show in his career up until his European tour in 2019: the show took place at Roots to Fruits festival in Ghana where he was viewed as an underground artist, even though the full line up consisted of some of the biggest superstars.
In 1981 Rob released his third and final album ‘Hell Fire’, recorded in Nigeria with Tabansi Records. Unfortunately, Rob fell foul to the informalities of the music industry at the time. The label’s misplacement of the master tape, the tape used to produce other copies ofthe record, leading to its late release. Sadly, by this time the music scene had moved on from funk sounds, with new genre disco highlife becoming popular across Ghana instead.

In the late 1970s, Ghana’s music scenes were struggling: a strict and corrupt military government were in charge at the time and two coups took place, followed by years of curfews across the country. With curfews came a lack of evening time to perform and import taxes on musical instruments were raised significantly. As taxes were not applied to the church, Gospel music became popular, as did synthesiser-based music, taking over the local scene. Churches became a place for artists to perform and earn money, allowing them to make a living.

Traditional palm-wine guitar highlife began to evolve further as Ghanaians travelled to Germany to settle, a country with relaxed immigration laws in comparison to its European counterparts. At the time, the city of Hamburg was home to the largest Ghanaian community in Germany, acommunity that together, developed a European style of highlife- traditional, guitar-based highlife met disco and synth-pop, creating what is now referred to as Burger Highlife. Such highlife created in Ghanaian communities in Hamburg remained popular throughout the 80s before developing further in the 90s.
The traditional sounds of highlife were left behind in the 90s as musicians began to choose electronic instruments over horns and drums. The new sound of highlife was based around synthesisers and drum machines, with the new genre “hiplife” being formed following the rise in popularity of hip-hop music.

As for the present day, Ghanaian music continues to be popular around the globe. For example, Ata Kak’s ‘Obaa Sima’ can be heard playing at underground dance and world music nights. Reissued on a 12” record through Awesome Tapes From Africa, the song was first released on cassette in the mid-90s and yet remains a firm favourite of world music fans. Ata Kak’s start to music, like many Ghanaian artists, was in Germany. He was a member of a reggae covers band where he played drums and sang, later realising that he could write and release music for himself and quickly moving to Canada. Influenced by music he’d heard in Ghana – reggae, funk, highlife and popular western music from the 50s – he created the song ‘Obaa Sima’ in his home studio. The song features a catchy, repetitive synth line with upbeat vocals, and is definitely a tune to dance around to!

Another Ghanaian musician who rides the live scenes and airwaves around the world in the present day is Pat Thomas. The highlife musicians began releasing music in the 1970s under Ghanaian political restraints before heading to Germany. In 2015, twenty years after his last record, Thomas teamed up with The Kwashibu Area Band and released a self-titled highlife album, and four years later ‘Obiaa!’, a record the band have not had an opportunity to tour with due to the COVID-19 pandemic.

World music’s growing popularity in the West has given the likes of Rob Reindorf, Ata Kak and Pat Thomas the opportunity to share their music with a greater global platform. Labels such as Analog Africa and Awesome Tapes From Africa have been key in the discovery of Ghanaian music from the past century, making it accessible to an even greater audience.
As music new and old is released, there is one thing to remember – we must continue to research Ghana’s creative industries, discover more about a music industry that little is known about and ensure the music is never forgotten.

Laura is an MA student at the University of Liverpool and PhD applicant planning to research the music industries of Senegal and Ghana and how musicians are impacted by copyright protections for musical and folkloric works.