Full Life: Letters to My Students18 November 2020Next 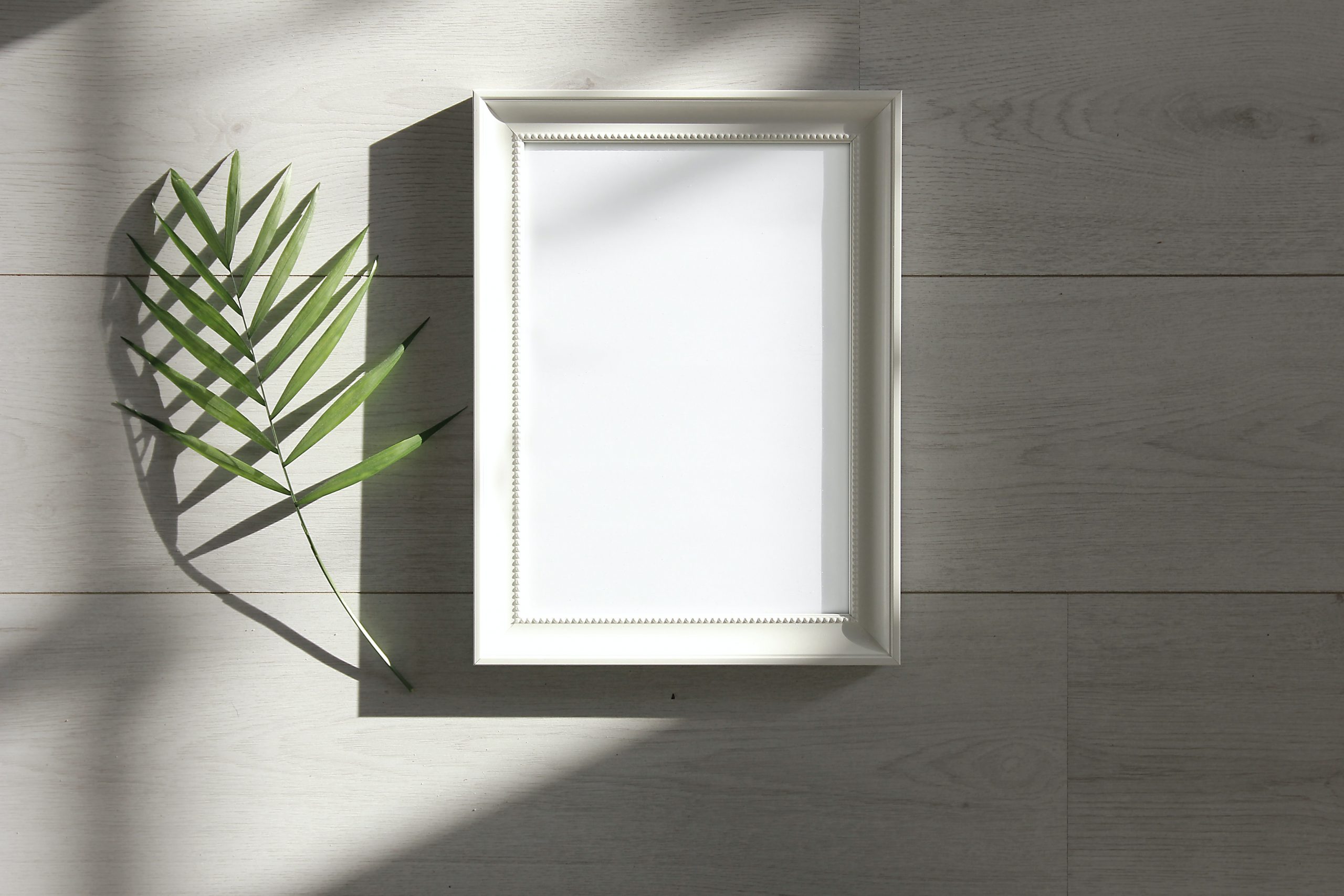 Comic, or Not? You decide: A Look at an Old Way of Learning.

‘Trafalgar Day’, 21st October 1805; the greatest naval victory in British history, still honoured and remembered: perhaps for some, especially so in this era of ‘Brexit’, so that Horatio Nelson, hero and symbol of British freedom and separateness, may be as great a hero as ever. In different degrees, there are truths for all of us in those few words; however, the question this article wants to pose is, how did we learn them? How do we remember them? And, do these processes affect the way we live? Different answers for different people, of course, which perhaps will help to explain, at least in part, the directions ‘society’ takes and the reasons behind them.

My own first ‘Trafalgar memories’ are surprisingly clear. It was the autumn of 1956, I was a pupil in Mr. McCoy’s third year primary school class at St. Teresa’s Norris Green a big school, fifty-one boys in our class alone and it was one of four in the year, two boys, two girls; and in a very big council housing estate, then about thirty years old and considered to be, in parts at least ‘challenging and difficult’, though perhaps not so much then as a few generations later, but still quite a challenge for schools and teachers. Tony McCoy certainly rose to it. He was a young man, with a young family of his own, yet with an astonishing capacity for enthusiasm and involvement, awareness of all those difficult boys and their different needs, and one of his ‘challenges’ to his young Liverpudlians was to find out about Nelson and why he mattered to us.

There was the library, of course. Norris Green Library stood, as it still does, in a commanding position by the Broadway Shopping Centre. Miss Skelland, who was in charge, was very efficient and helpful, kind to children and young people, happy to point a student, of whatever age, in the right direction; after all, no computers or internet sixty years ago, not even that many televisions… and not so many books that everyone could borrow the one they all might need. It certainly presented a dilemma.

But there was an answer! The back page of the ‘Comet’ ran a long story all about the Napoleonic Wars, especially the naval wars. It cost only a few pence, all stories were picture stories, dramatically illustrated with small speech blocks and a narrative text, written to take the young reader along at speed, not stopping, and eager to find out what happened next, so that Lord Nelson and his H.M.S. Victory became an absorbing part of the life of young boys in Norris Green and so many places like it across Britain; even “Kiss me, Hardy”, in other contexts a very peculiar statement from an heroic sailor, felt right on that back page! And so we learned our history, the significance of the navy, some geography and, most of all, a powerful sense of values and of what really mattered: trust, honesty, loyalty, officers and men with and to each other, the price of service and all that it meant for others: all there, in words and pictures, on the back page of ‘Comet’, and all available to be reckoned trusted and written up for homework and for praise in Mr. McCoy’s classroom.

Something else to be praised, of course, was the prowess of St. Teresa’s football teams. They were very good, at all levels. Some of the boys, though not from my own class, went on to professional careers and one, Chris Lawler, starred for Liverpool and even England in the early days of the ‘Mighty Reds’ era of unprecedented success, watched by ‘old school’ fans from the “comfort” of the Boys’ Pen (yes, it was called that) at the back of The Kop (and yes, the comics did tell the Boar War story, and the relief of Mafeking); Everton had one too, at the back of the Gwladys St. Terrace, underneath the old goal stand, but there were no known historical associations although in those days there were more Everton supporters, me included: after all, the Blues were in Division One then the Reds only in Division Two, and Everton had quite a few Irish footballers who knew the Irish priests at the church, and even appeared in the school yard sometimes.

It was a simpler age. The comics reflected it fully, and Lord Nelson was almost certainly not as famous as the man in the front page if ‘The Tiger’: Roy Race, more famous in history as ‘Roy of the Rovers’, captain and centre-forward of Melchester Rovers (modelled on another north-western team, but with a ‘touch’ of North London red to balance it out) and ‘the’ football ‘name’ for the schoolboy fan of the late 50s and early 60s, The Rovers won everything , of course; well, nearly everything, and they had their share of a difficult and even tragic moments: 1958 was a cathartic year for their ‘model’ team, and its ‘Munich’ may be as well known, if not more so, than that of 1938; youngsters of that era certainly didn’t know the latter and nobody outside Bolton would ‘appease’ the Wanderers as they lost the Cup Final to Bobby Charlton & co., and the great centre-forward Nat Lofthouse ended his career without a medal. All the feelings that day went in the same direction.

The ‘Tiger’ Rovers were interesting. Rory was the image of the dashing, dynamic, blond-haired centre-forward; alongside him was the dark, deep-thinking ‘schemer’, Blackie Gray; on the wing was the speedy, exotic almost, French dynamo, Pierre Dupont (very few European players in British teams in those days); ‘Tubby’ Morton was a brave, solid last line of defence: the ‘images’ of what might be needed for every position and circumstance were there, carefully drawn in both senses, and, overall, crafting a picture of football as a really wholesome source of good as well as a great outlet for energy, feelings and even, perhaps, the sort of loyalty different generations had shown on the decks of Nelson’s ships at Trafalgar.

There were, of course, many other comics, for boys and girls, in that now-distant ‘literary’ age. Our immediate family was ‘all boys’, so we didn’t see or appreciate the full range of possibilities; however, the ‘Beano’ and the ‘Dandy’ were entertainment for everybody and there’s one name which has survived as an appropriate label: ‘Desperate Dan’, star of the front page, has kept his descriptive status going over the decades! There were so many which might bring back memories: ‘The Adventure’, ‘The Wizard’, ‘The Hotspur’, ‘The Rover’, ‘The Topper’; amusement and stimulation for boys of all levels, so that both the imagination and the sense of values were there, impressing themselves on young minds in a way that helped to fix them there, both for present actions, ‘team spirit’ for instance, and for the future. The space travels of ‘Dan Dare’ in the ‘Eagle’ were directed to both; however, the ‘Eagle’ had a different direction through its detailed and informative centre spreads, which explained how all sort of things worked, and what for, giving a real insight into all sorts of developments and processes. They will have had a real impact on studies and on career choices, and took ‘Eagle’ beyond the level of ‘comic’ towards a reading future of reviews and magazines.

This varied world was challenged by television from the 1960s onwards. The ease and convenience and instant reality of t.v. took all people, let alone the young, away from the ‘print and pictures’ of the 50s and 60s; the development of I.T. took all into an entirely new dimension; nevertheless, it’s legitimate to wonder whether or not change tended to damage, rather than develop, the values people need in all times, and to consider to what extent the realities of the worlds of screens have inhibited the growth of peoples’ imaginations, even perhaps their sympathies. We can and do know much more, but is it assimilated in the same way? Is our modern world, ironically, happier with less, rather than more and deeper thinking, about all that goes on in it? Maybe comics were a lot more serious and important than we might remember. Think about it, next time you switch on your computer.

To end with an apology. There are not pictures. This time, you really do need to use your memory and imagination.

A former teacher and historian, Tony is the head of the Liverpool Victorian Society, after studies in Rome he read History at Oriel College Oxford which he followed with a career teaching at many schools in and around Liverpool.