In Defence of Home Education21 July 2020Next

Euripides for Our Time 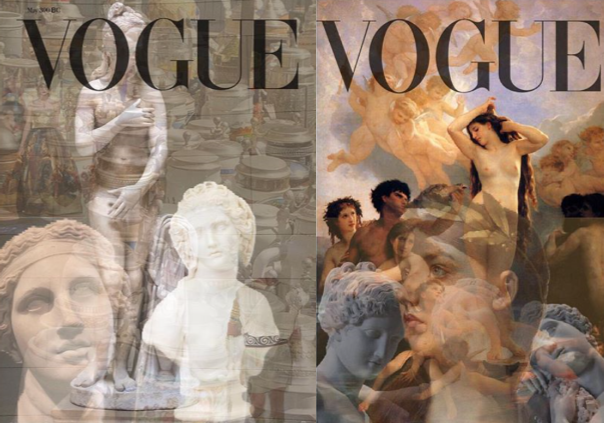 After I completed my preliminary examinations in Classics and English at Oxford, I wanted to engage with my subject in a way which wasn’t dictated by a syllabus or an exam. GCSEs, AS levels, admissions tests, A Levels, Prelims- the list of hoops I, and many my age have to jump through feels relentless. My degree is comparative and dialogic, and I always seem to be asking myself how Classical Literature affects or influences English Literature. Far more rarely does the direction of influence work the opposite way and we approach texts with a focus on how the literature and culture of our own time can illuminate them. Is this anachronistic, is this ‘unfaithful’ scholarship? Faithfulness is frequently invoked in translation studies and betrays the lack of mutuality and unidirectionality of most classical engagement; the original language and culture are revered at the cost of natural English idiom or a familiar setting. Anne Carson’s translations of Ancient Greek tragedies, such as her volume Grief Lessons, and her Antigonick offered a fresh, exciting, imaginative approach, one which attempted to excavate the energy of the drama rather than obediently translate it word for word. Carson’s ‘note on translation’ which prefaces her Bakkhai is an original poem titled “I wish I were two dogs then I could play with me”. I was gripped. She manages to translate the strangeness, the duplicity, the elusive magnetism of Dionysus but favours sharp, fresh English, freed from the bonds of linguistic ‘accuracy’. 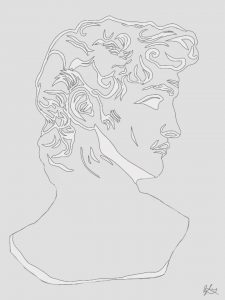 to have a go for myself. This type of translation felt like an active, creative and exciting way of interacting with literature from 2500 years ago. At Oxford, during the summer term colleges put on plays in their gardens and I proposed to my tutors that we resurrected the dormant tradition in my own college of a Classics garden play. Euripides’s Helen struck me immediately as an exciting option. On the peripheries of the Classical canon, this play has been relatively neglected by scholarship and adaptation. Upon contacting the Archive of Performances of Greek and Roman drama at Oxford, I was told the recordings for this play were limited (only two recordings, with one only a small segment), in comparison with plays such as Aeschylus’s Agamemnon or Euripides’s Medea which had their own archive publications dedicated to them. A tutor even commented that the Helen was a very “strange” play. Generically, this is true. The play is neither tragedy nor comedy and lives in a liminal space which eludes easy taxonomy and challenges many of our assumptions about Greek drama. The first challenge is that comprehending the plot predicates on knowledge of the surrounding mythology. Helen of Troy is our heroine, the wife of Menelaus, daughter of Leda and Zeus, who was stolen by Paris and taken to Troy, sparking the 10 year-long Trojan War. Euripides’s play, however, operates on a different version of the myth altogether, originating from Stesichorus’s Palinode a 6th century BC lyric poem. In this version, Helen never goes to Troy; it is a ghost (the Greek word εἰδωλον) who takes her place. The real Helen gets whisked away in a cloud by the gods to a palace in Egypt while the war goes on. The war, therefore, was fought upon illusion, and the vilification of Helen totally unjustified. Culpability lay instead with the folly and delusion of powerful men. Looking at the decision making of our world leaders, this version of the myth felt appropriate. One need only look to Brexit or the Iraq War or Brexit to see that ‘going to war for an illusion’ speaks morbidly and pertinently to our moment. Some illusions have very real consequences. 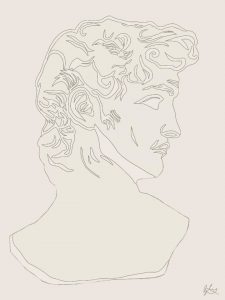 Perhaps unsurprisingly, the main reason I was so held by this play in particular, was Euripides’s illustration of Helen. She begins the play with a long prologue, foregrounding her voice and perspective from the start, occupying the position usually held by a divinity in Greek drama. Her agency is not mutually exclusive from her emotional expression; she grieves, despairs, and laments, but the characterisation pushes back against an urge to sexualise or objectify. Her strength of will never descends to the stereotypes of the ‘mad scheming woman’ so prevalent in Classical literature. Menelaus and Theoclymenus, however, the two main male characters, are cowardly, emasculated, voyeuristic. We have a sympathetically drawn woman here, rather than a figurehead for blame and envy. I also noticed a similarity between Luce Irigaray’s The Sex Which is Not One and the doubleness of Helen’s body, one physical in Egypt and the other immaterial in Troy. I was intrigued by the possibility of how I could incorporate continental Feminist philosophy in my translation (the myth has also been explored in modernist feminist ways notably by H.D. and by the less well-known lesbian poet Judy Grahn in her The Queen of Wands). This immateriality evoked too our age of social media double lives, with celebrities being ‘cancelled’ online. Was Helen cancelled? Is her εἰδωλον her hologram twitter self? I knew then that I wanted my play to feel American, to feel in the throes of celebrity cancel culture, to feel glamorous but also pointedly political. Euripides wrote this play soon after the Sicilian expedition of 415-13BC, a huge defeat in the Peloponnesian War with substantial Athenian losses at the hands of the Spartans. Euripides chose as the heroine for his next play an enemy Spartan queen. This was also a period when Athens attempted to wrest control of its own imperial waters. Accordingly, in Helen the sea is a place of the unexpected and the unstable. Menelaus washes up on a beach at the beginning, whilst he and Helen disappear off across the sea at the end. Euripides seems to be issuing some sort of warning against Athenian complacency, even hubris, over these mutable waters. In the modern world, our conception of nationality has become increasingly unfixed, as cosmopolitanism blurs borders and reveals us as citizens of nowhere. The politics of Euripides’s Helen, although latent, felt familiar. 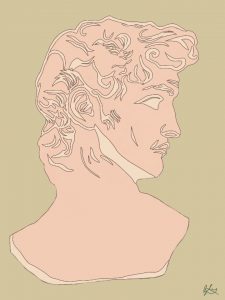 Mitchie and Leach in their introduction to the new Oxford translation of Helen, wrote that the play “is all iridescence”. There is an absurdity and an irony to it, which glimmers and taunts us, never settling into one coherent meaning. There is nonetheless a profound indictment of war at the play’s core and a subtext of tragedy and loss. We are immersed in the deluded world of war, razed cities and empty goals. A perfect setting immediately settled in my mind which combined the seedy glamour of American celebrity with a subtext of bleakness: Las Vegas. In modern Las Vegas there is the Luxor, a hotel modelled like an Egyptian pyramid and adorned with a huge sphinx (a sphinx with a nose job anyway) and some dodgy looking hieroglyphics. Egypt in the Ancient World was a place of wealth and exotic magic, perhaps best epitomised in Book IV of the Odyssey when Helen puts to sleep a banqueting hall full of men, using sleep-inducing, Egyptian magic. This fake Las Vegas Egypt was the incarnation of a vacuous, psychedelic vacation spot. However, this was a vacation spot not lacking menace. In the Euripides play, Theoclymenus is the ruler of the Egyptian Palace, and so the owner of the hotel in my version. He persistently attempts to coerce Helen into marriage, testing her commitment to her husband Menelaus. The hotel setting rang painfully true as I remembered Rose McGowan’s experience of sexual assault in a hotel with Harvey Weinstein, or Trump’s chain of hotels and his comments on the female body. Helen’s strength of character in the face of predatorial behaviour seemed analogous to the activist movements which are so inspiring today.

Finding a modern equivalent for the Ancient Greek pantheon of gods has been a challenge for many translators. For me, the casino setting offered some answers to where we find divinities in our capitalist and more secular society: perhaps in fortune, money and drugs. These forces convergent in a casino work as allegories for the protean quality of fate and divinities in Greek tragedy. I was also inspired by Lee Breuer’s The Gospel at Colonus which transposed the gods of Greek Tragedy into the Pentecostal gospel tradition. Music became a central element to my play for this reason too. The first part of the play I translated was the parodos (the first choral ode in a Greek drama) which I translated to the tune of The Dark Eyed Sailor, a favourite folk song of mine. The third stasimon (a choral ode later in the play) is about nightingales and so for that ode I translated the Greek to the tune of Norah Jones’s Nightingale. A college friend and fellow classicist kindly composed some jazz piano interludes to cohere scenes and to capture the seedy, mystical glamour of a Las Vegas hotel.

I wrote this translation during the summer of 2019 and at that point the Helen spoke to our current moment: the sense of the absurd, the uncertainty, the protean waters mixing reality and unreality. Thinking about it now, it feels like we’ve passed that liminal stage. We’ve crossed the threshold into a very different reality and already the seedy glamour of a neon-lit Las Vegas with jazz odes and a feather-clad chorus feel out of date. Unfortunately, I was unable to put on the production of the Helen due to COVID19 and the cancellation of term. I led the production team, casted the play and was ready to start rehearsals when sadly circumstances changed. It was an incredibly valuable experience both to engage so closely with a play in translation and then direct it in its early stages. I am so glad that I did it.

All artwork used in this article was created by Georgia Lee, who is about to start a Classics Degree

Constance has just finished her second year at Corpus Christi, Oxford, where she's reading for a degree in Classics and English.