Euripides for Our Time26 July 2020Next

Is it time to lower the voting age? 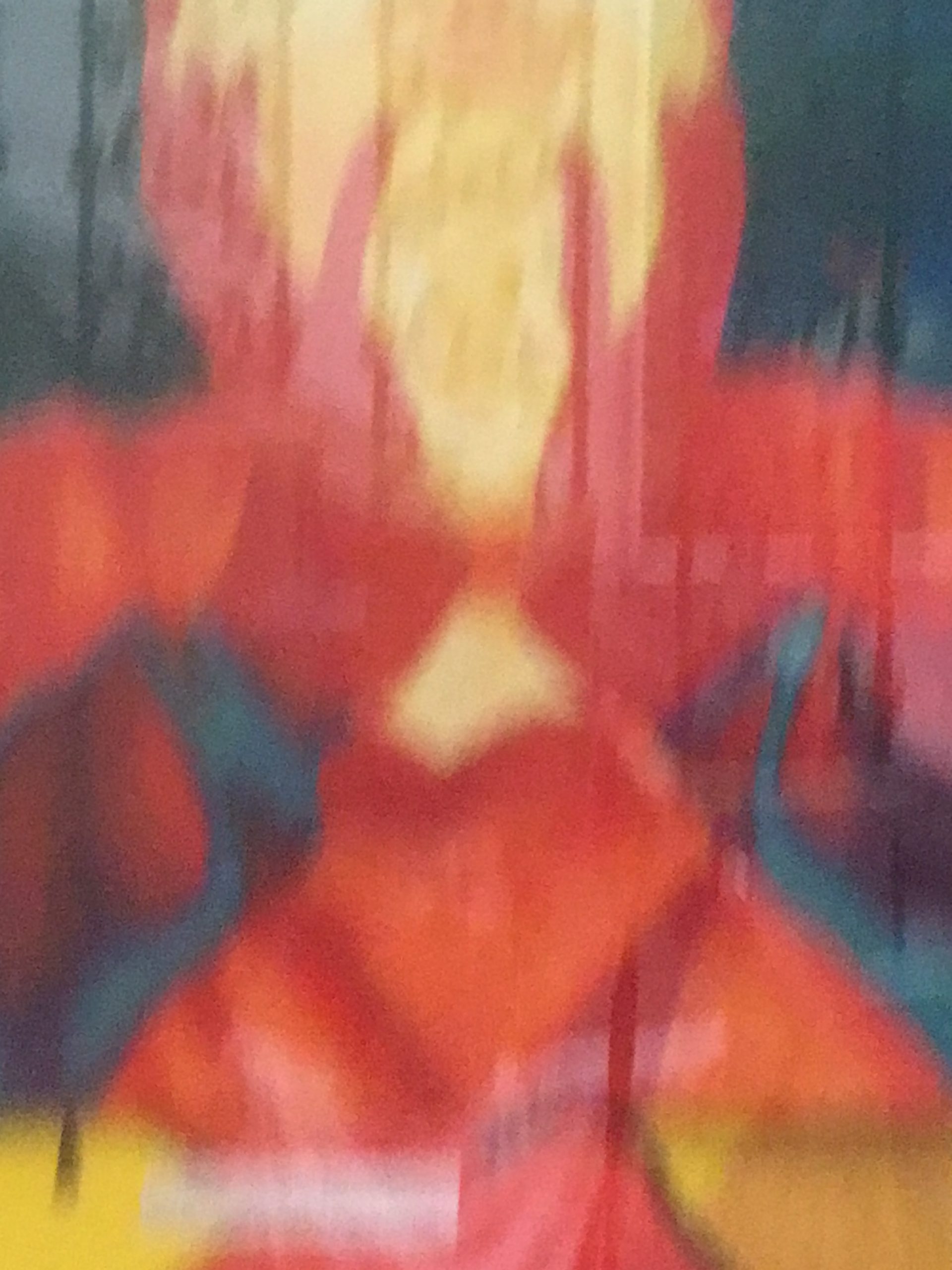 Last week I did my first radio show call-in. It was a big moment for me personally, ringing up a presenter and having my voice projected to the masses. Phone calls are stressful things at the best of times, not least when they’re broadcast to the loyal (if not often partisan) listeners of LBC. But I felt this was too great an opportunity for me to miss out on, and so I dialled the digits that put me on the line with candidate to be leader of the Liberal Democrats, Layla Moran.

“Would you be committed, as leader, to lower the voting age to 16 in future elections?” was what I had asked her. A simple enough question I thought, not one to catch her out, not one for her to trip over; just a simple yes or no.

“Yes. Yes, yes, yes!” was the effusive response. A sense of mutual relief permeated the phone line, mine due to the simplicity of the answer and hers due to the clemency of the question. That was at least one potential party leader prepared to extend the franchise. Now would the rest follow suit?

The charred remains of the 2019 Labour manifesto would have indeed granted me and 1.5 million others the right to vote in future elections. But the thumping Conservative majority that now dominates the House of Commons makes it difficult to envision a future where such a policy would come to fruition, and definitely not in time for it to affect those within my age group. The next general election is likely to be in 2024, and by that point I may well be in my final year of university.

The eclipsing of 1.5 million people from the electorate is particularly cruel when considering instances such as the Brexit referendum, where the younger generations were far more likely to vote Remain and thus potentially swing the result. Of course, the winning margin was greater than the amount of 16 and 17 year-olds that would have theoretically been able to vote, but as an unlocked part of the electorate, their issues would have raised several questions about leaving the EU and potentially resulted in a stronger campaign for the remain side.

For Moran, it will be difficult to characterise a policy of lowering the voting age as anything other than political. Despite the strong arguments for bringing it down, many critics will cynically suggest that this policy is only being brought forward to allow for a greater probability of a left-wing government. Indeed, even parties like UKIP and The Brexit Party, who have committed to electoral reform in the past, have refused to extend the franchise in this way. Indeed, just 1% of 18-24-year-olds voted for The Brexit Party in last December’s election.

For many, lowering the voting age is a simple question of fairness. At 16, you are expected to either work, undertake an apprenticeship, or pursue further study, with those going into work required to pay National Insurance if their salary exceeds £6,035 per year. Through this, it is perfectly possible for an individual to be required to pay tax without having any say on the kind of legislation that affects this derogation of their income. The issue of taxation without representation is precisely what has led to previous extensions of the franchise, and thus it wouldn’t be facetious to suggest that those opposed to a lowering of the voting age could find themselves ending up on the wrong side of history.

Turning 16 is a pivotal moment in a person’s life. It’s when you receive a National Insurance number, when you end your time in compulsory education, when you’re given the right to marry; and yet voting is considered off-limits? With 16 being the age of consent, the implication is that by your 16th birthday, you are mature enough to become a parent but not yet mature enough to vote on legislation concerning childcare and parental rights.

The blurred line between your rights at 16 and your rights at 18 has long been a source of confusion for teenagers and adults alike. Am I eligible for a student discount? Am I still allowed to buy a ‘MyTicket’? Is it still socially acceptable for me to watch Nickelodeon? The list is endless, and clarity is due.

Perhaps the most frustrating argument I hear against a lowered voting age is one pertaining to our perceived lack of experience and maturity in making a decision at the ballot box. Maybe we don’t understand taxes enough, or the economy, or welfare, or anything to do with money quite frankly. Maybe we’re all Marxists, or socialists, or anarchists, enablers of the loony left, too preoccupied with climate change than the real questions of pensions and privatisation. And maybe they’re right – maybe some of us aren’t engaged enough with politics, maybe some of us don’t know enough to make an informed decision. But when has that ever been an issue before? When has competency ever been a factor in the legitimacy of your vote? Quite frankly I’m concerned at the competency of a large amount of the cabinet, but apparently the big danger is the 16-year-old at the polling booth rather than the 56-year-old at the dispatch box. There is always a risk of someone not voting seriously – the existence of the Monster Raving Loony Part is testament to that – but for that to bar them of a vote in the first place is ridiculous. The point where we start questioning whether people knew what they were voting for is the point at which all democracy proceeds to break down.

In a study undertaken in Austria, a country where 16-year-olds are granted a vote, the question concerning informed decisions should have been put to bed. When asked about their greatest concerns, their ideal solutions, and which party they voted for, the votes of young people were just as congruent as those of the older voter cohort. If anything, I’d actually argue that young voters are in fact more politically engaged than their elders. We are the generation of Trump, of Brexit, of Coronavirus and snap elections, recessions and referendums, climate change and BLM. We’ve been through North Korean missile threats, lived through deficit and through debt, Australian wildfires, terrorist attacks, the 2003 war in Iraq. We’ve seen the Windrush Scandal, we’ve seen Weinstein, we’ve seen the Grenfell Fire, we’ve seen quarantine; there’s been enough material in the last five years for a lifetime of sequels to We Didn’t Start the Fire. We’ve been so exposed to politics that we are more than qualified to have our say; to argue otherwise is quite honestly a fallacy.

A key sticking point in many manifestos is education; how much funding will go into it? Are there any proposed reforms? How will inequality within the system be tackled? These are all valid questions to ask, and yet the voice of those with the most to lose is being ignored. Every other sector of life allows for those who will be affected by proposed policy changes to have their say – except for young people. Is there any surprise that voter turn-out amongst the younger electorate is so low, when we’ve been facing disenfranchisement for years? I’m sure very few young people would have agreed to a 9-1 system for GCSEs but because of the year we were born, our verdict on the matter is deemed to be uninformed. We’re expected to sit external exams that directly affect our future yet can’t elect politicians to do the same. We’re expected to form a judgement as to whether hyperinflation or political crises were the biggest factors in the fall of Weimar yet aren’t trusted to form our own judgement on political parties and policies. Surely, if the government does not think we are qualified to make an informed decision on politics, that is a failure of the education system itself rather than the ones being churned through it?

The great irony is that whilst we are not trusted to vote on a national scale, political parties are perfectly content with young people voting in their leadership elections. Aged just 14 you were allowed to vote for the Leader of the Opposition earlier this year, and even last Summer, when the Conservatives were voting as to who should become the Prime Minister, their internal franchise was extended to include 15-year-olds. Clearly then, this issue of trust only pertains to the government not trusting us to elect a right-wing government. It’s entirely and unashamedly political.

With this hypocrisy in mind, it’s no wonder people are seeing politics as the problem rather than the solution. Young people can take exams that will affect the rest of their lives, without having a say on the legislation that could change this. Young people are not trusted to vote in elections, but if that election is in the closed sphere of a leadership contest then by all means, vote away. Young people are told to be more engaged with politics but are riposted with phrases like “shouldn’t you be at school instead of striking for climate?”. The political and societal disdain of those under 18 is surely no way to treat the architects of our future. All we ask for is the chance to have our say – and surely, it’s about time we did.