Education- Britain’s role in the world?01 August 2020Next

The Algorithm Must be Obeyed15 August 2020

By Teaching We Learn 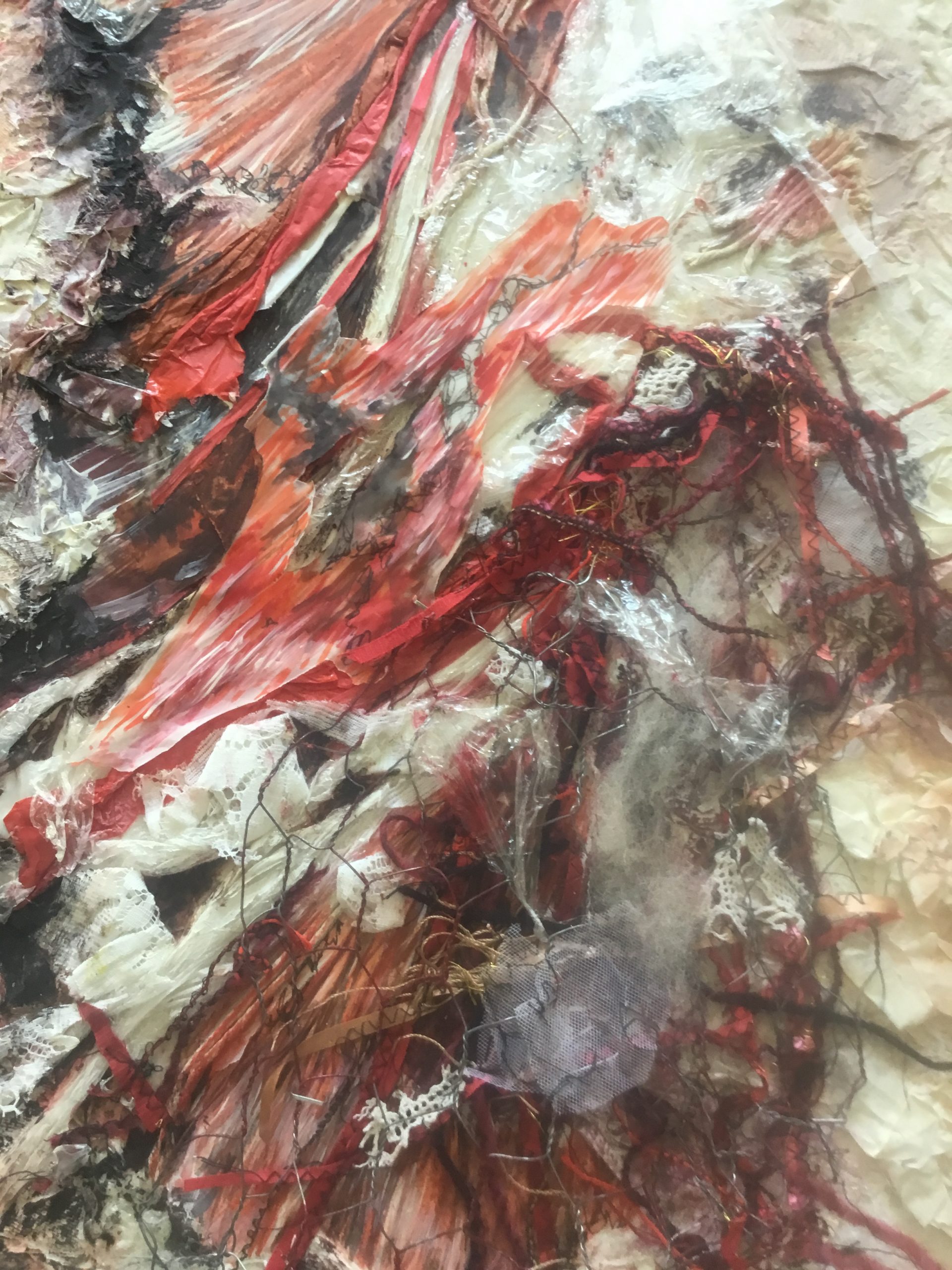 I recently met up with a friend who, for the last two years, has worked for a leading global company, recognised as one of the Top 20 Places to Work in the UK by job site Glassdoor. She had just handed in her resignation having gained a place on an Initial Teacher Training course starting in September and wanted to know more about what the year would hold. When I told another close friend of her career change they were surprised, exclaiming “but she has a good job!”. Somewhat indignant, I mentioned it to others who expressed a similar point of view.

Despite their scepticism, it seems that the general public’s view of the teaching profession might be changing. According to an article published in the TES, there has been a surge in teacher training applications since lockdown, with over 21,410 graduates applying for a place, contributing to an overall rise of 65%.

So, what’s changed? It’s safe to say in recent months a lot has. Some have suggested that parents’ newly acquired role of professional home-schoolers has had an impact. Having received emails of simultaneous despair and gratitude from parents over the last few months, I’m inclined to suggest that there does seem to be a new level of respect and admiration for teachers and their hard work. Others think that the government’s attempt to incentivise those considering teaching with generous bursaries is having the desired effect.

However, the BBC attributes the recent motive to the security the teaching profession offers to its recruits. Undoubtedly, in a time when uncertainty is a constant and any shred of certainty is a luxury, some will see teaching as a lifeboat. But teaching offers so much more than job security, a good pension, long summer holidays (this year longer than expected) and something to do when a degree seems to offer no clear career path. So, what have my friend and thousands of other new trainees let themselves in for? In my eyes, a year of equal parts challenge and reward.

I have just completed my teacher training year in Secondary MFL with Liverpool Hope University under the School Direct scheme. Nowadays, there are various routes into teaching to choose from. As the name suggests, training under the scheme is mainly provided by schools rather than universities. However, trainees do still benefit from subject days once a week and conference days at their affiliated university. For me, the main advantage of School Direct was having a degree of choice in the school where I would complete the majority of my training year.

Having been a pupil at Liverpool College for 15 years, I received, what I (and now Ofsted!) believe to be, a truly outstanding education. I was taught by inspiring and committed teachers who always strove to unlock my and my peers’ potential. They were, and still are, role models who lead by example, celebrate pupils’ achievements, support them through academic and personal difficulties and challenge them to ensure that they always do their very best. The opportunity to be mentored by the teachers who made my experience of learning so enjoyable and worthwhile was a no-brainer. I applied via UCAS, which was as daunting as the first time and was invited to interview and teach a lesson at the College. The application process differs depending on the course applied for, but the prerequisites are the same. To be eligible for a place on any postgraduate Secondary Initial Teacher Training course, all applicants must have, or be working towards a degree and have a grade C (grade 4 new style) in maths and English GCSE. Applicants must also complete literacy and numeracy tests; the latter I found more difficult than I might perhaps care to admit.

Following an induction and inset day, the 2019/20 Liverpool College School Direct cohort began their training year in early September. Armed with a timetable, the Teachers’ Standards, a pile of paperwork and an empty evidence folder, we spent one to two weeks observing lessons and shadowing very polite and slightly bemused pupils as they went about their typical school day. A combination of my early enthusiasm and naivety led to my observations being more akin to an ethnographic study than brief note-taking: ‘teacher stares at pupil for 3 seconds. Pupil realises slightly too late. Turns around. In slow motion…’.

After that, we were thrown in at the deep-end, planning and teaching our first lessons by week 3. The first couple of weeks of teaching were a blur of lesson plans, navigating Sims, learning names, observations, mistakes, exhilaration, tiredness and renewed admiration and appreciation of my teachers and the teaching profession. One of the main lessons I learnt at the beginning was that teaching is hard and definitely not for the faint-hearted. I also learnt that being in the classroom and the relationships you build with pupils makes hours of planning and mild sleep-deprivation worth it.

After the first few weeks we joined our university-based counterparts for introductory sessions at Hope. In our first lecture, we were asked to take a piece of paper and write down the reason we wanted to become a teacher. We were then told to fold it up and keep it somewhere safe. At some point, our lecturer suggested, we would need to be reminded. The comment confirmed the scale of the task upon which we were embarking and there was a general sense of unease in the room.

As the weeks went on, our teaching hours increased, university assignments were added to our workload and tears were shed. Subject sessions on Fridays offered a welcomed release; for one day a week we were relieved of the pressures of being a teacher and returned to the familiar role of being a (relatively passive) learner. The sessions were an amalgam of pedagogical and second language acquisition theory, discussions about what we have seen and learnt in practice, ideas for engagement and the occasional tale of woe.

One of the earlier and more bizarre subject sessions required us to teach a lesson to our fellow trainees in a language we’d never learnt. A group of twenty to thirty somethings singing Head, Shoulders, Knees and Toes in Portuguese is an image which, for better or worse, will be a lasting memory of my year as a trainee. I think the learning objective was to remember how it feels to be a beginner learning a language…Portuguese was my third language in my first year of university, so I was (possibly) even at a ‘slight’ advantage.

It had been mentioned a few times that the first term of teacher training is the hardest and for me that was true. By the second term, I felt that I had started to find my feet, felt confident in my practice, better able to manage my time and secure in my pedagogical knowledge. I also noticed a difference in the way pupils related to me, we had built relationships where they trusted me to deliver lessons in which they’d progress and which (I hope) they enjoyed and took something from. As part of the School Direct Scheme, trainees spend time in a ‘home’ and an ‘away’ school in order to gain different experiences and see contrasts. Having only ever been to Liverpool College, it was my ‘home’ school in more ways than one and was therefore my only reference point of what school is like.

After February half-term I moved to an all-girls Catholic School. It took a few days to recalibrate and get my bearings and although I only spent a few weeks there due to the pandemic, I learnt a great deal from the experience. I felt inspired and heartened that excellent teaching and pupils’ zest for and commitment to learning was not the sole preserve of the only school I’d known my whole life. The pandemic itself brought lessons. It has taught me very early on in my teaching career that anything can happen and resilience and the ability to adapt are key. Having just about got to grips with lots of pupils altogether and trying to engage and appeal to the broad range, I now had to learn how to engage them all over again when they were at home with various levels of distractions and motivation.

Like so many pupils, the outcome of my and my fellow trainees’ academic endeavours was uncertain. It was as if someone had written it all down on a piece of paper, torn it up and thrown the pieces in the air without knowing where they would land – an abject lesson in why it is good to adopt a philosophical approach to life and not to have too many preconceptions. It is testament to our university tutors and school mentors that, with varying levels of cheerfulness, we were able to navigate our way through and achieve Qualified Teacher Status.

I feel incredibly grateful and fortunate to have had the experience I have done and to have been supported and guided by committed and inspirational teachers. I learnt from other trainees how crucial this is to having a positive start to a teaching career. It is difficult to articulate a year of training in (or what started off as) a short piece of writing. In a nutshell, my hope for my friend and the thousands of other new trainees is that, like me, they fall in love with teaching.

Having finished her degree in Modern Languages at Newcastle University, Beth spent the last year on the School Direct programme teaching in Liverpool schools. From September she will join Liverpool College to teach Spanish and coach hockey.